The problem with updates – why users hate them ? 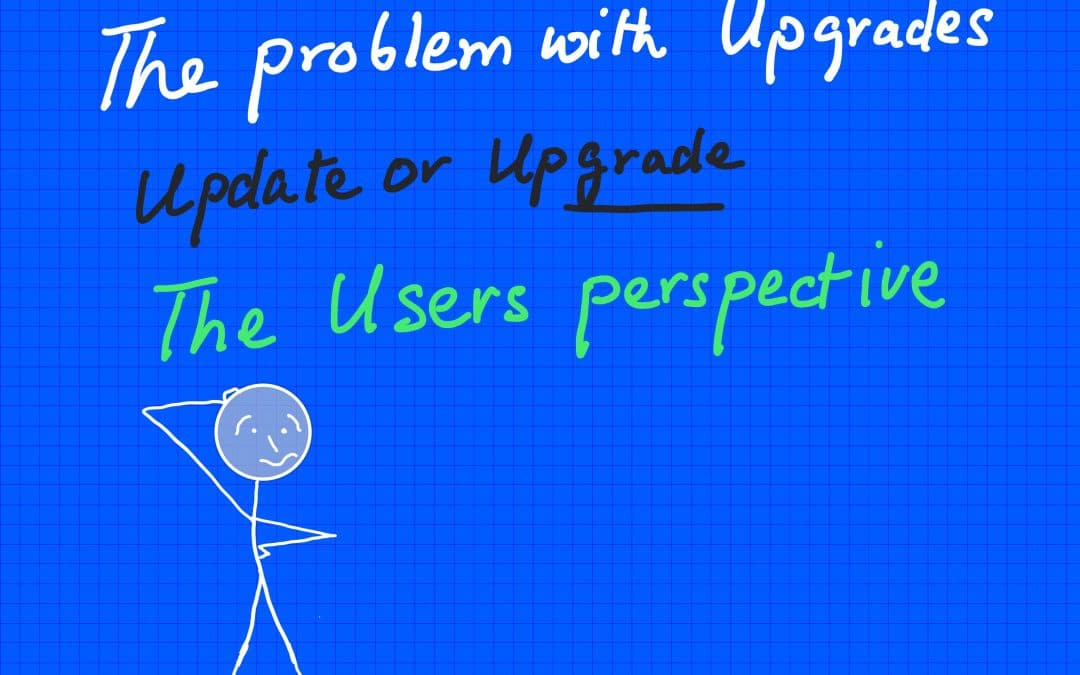 I am in the middle of updating to IOS 12 and this has made me reflect.

Prior to the internet and online updates. Change was less frequent, and software developers had to consider each batch of updates and upgrades more seriously due to the cost of sending disks etc.

Developers and designers think about updates as upgrades, and very Differently to users. They see them as removing problems, upgrading, improving the product/service and offering new features.

Sudden change can cause user revolt. If people habituate to a product and so they have reduced their cognitive load, a change means learning new things and an additional cognitive load.

This is particularly the cause in change of the UX or the language pattern of your website.

Some of us may remember the time eBay users were vocal about changing the yellow background, so eventually eBay rolled back the change and then incrementally and gradually changed the background yellow to white in gradual stages over a year.

Not all change is good from a users perspective.

However the users perspective may be more nuanced.

Coincidently the update may be seen as a fault or bug, when I worked in BT and we changed a feature on the phone, calls to faults went up 50% whenever services were changed or updated.

If you are a developer or product manager ask yourself this.

Will the user see the change as a benefit or a hinderance.

Is the change too much, will they have to learn new tasks, routines and habits, will it be more effort.

This is particularly the case when companies try to migrate services from a physical to online like banks, governments trying to change services/behaviours etc.

We prefer the familiar to the new (strange).

Novelty has a different place and context is important if we are to look forward to an experience.

A good example of the difficulty of change is the QWERTY vs DVORAK keyboard.

Originally the qwerty keyboard was designed to slow typists to stop keys from jamming.

Even though the Dvorak is faster, we have habituated to it and changing user behaviour and expectations is hard.

Liked it? Take a second to support john on Patreon!

Please check your inbox and remember to confirm your subscription

This website uses cookies to improve your experience while you navigate through the website. Out of these, the cookies that are categorized as necessary are stored on your browser as they are essential for the working of basic functionalities of the website. We also use third-party cookies that help us analyze and understand how you use this website. These cookies will be stored in your browser only with your consent. You also have the option to opt-out of these cookies. But opting out of some of these cookies may affect your browsing experience.
Necessary Always Enabled

Any cookies that may not be particularly necessary for the website to function and is used specifically to collect user personal data via analytics, ads, other embedded contents are termed as non-necessary cookies. It is mandatory to procure user consent prior to running these cookies on your website.